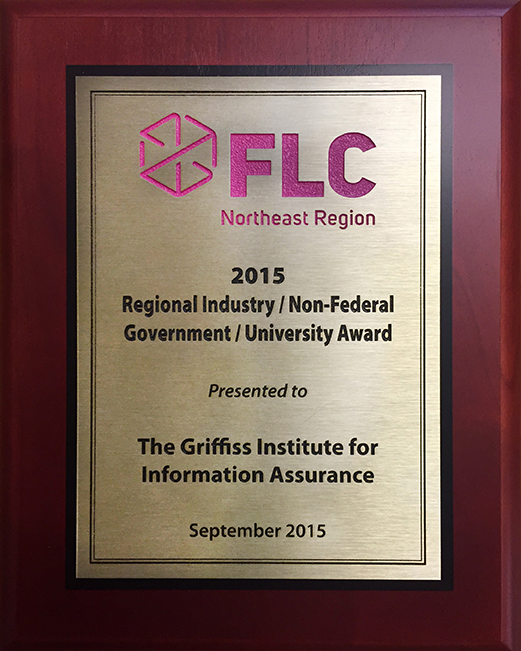 The Air Force Research Laboratory Information Directorate was bestowed with two awards. The FLC Regional Coordinator’s Excellence Award went to Franklin E. Hoke, Chief of the Office of Research and Technology Applications. This award was presented to Hoke in recognition of his significant contribution to the FLC program during the past year, and for his comprehensive and effective tech transfer program at the Information Directorate. Hoke will now be the Northeast Region's nominee, and considered for the National FLC Representative of the Year Award, presented in 2016.

AFRL/RI also received the FLC Excellence in Technology Transfer Award, presented to laboratory employee(s) who have accomplished outstanding work in the process of transferring federally developed technology to the marketplace. Ralph Kohler and team members; David Canestrare, Daniel Carpenter, Sam Davis, Dr. Mark Linderman, Michael Mayhew, Richard Newkirk , and Joshua Sterling were honored for their work on the Android Tactical Assault Kit (ATAK), and its novel licensing strategy and proliferation to numerous users. This team will be considered a nominee for the National FLC Award for Excellence in Technology Transfer, to be given out in 2016. 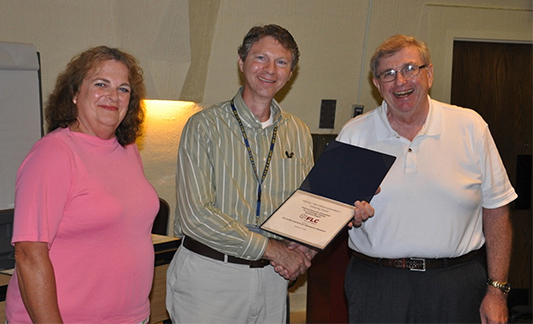 Griffiss Institute was presented with the FLC Industry/Non-Federal Government/University Award for the effectiveness of their comprehensive technology transfer program and impact on economic development.

Also taking home the FLC Regional Appreciation Award was Mike McCoy, co-founder of The Alva Group, and who led Griffiss Institute’s inaugural Commercialization Academy in 2014. This award is presented to an individual who has made a significant contribution to the Federal technology transfer program. McCoy was specifically acknowledged for his efforts in initiating a new paradigm for technology transfer and for his enthusiasm and effectiveness in leading the Commercialization Academy.